PermataBank Announced its Performance in 2019 - Acquiring the Net Profit for IDR1.5 Trillion

In 2019, PermataBank has achieved a remarkable achievement as the Bank showed a considerable improvement with 66.5% growth of net profit (after tax) for IDR 1.5 Trillion, as well as the decline of Non-Performing Loan (NPL) ratio from 4.8% in the end of 2018 to 2.8% in the end of 2019.  This achievement was announced by The Director of PermataBank, delegated by Mrs Lea Kusumawijaya, Mr Abdy Salimin, Mr Darwin Wibowo, and Mr Herwin Bustaman at the event of FY 2019 Financial Result Analyst Meeting and Press Conference held on 19 February at Sabang Room, WTC Conference - Jakarta.

The event was started with an Analyst Meeting session, where PermataBank's financial performance was presented in turn by Lea Kusumawijaya as Finance Director, Abdy Salimin as Director of Technology & Operations and Herwin Bustaman as Director of Sharia Business Unit and moderated by Eti Candrawati as Division Head, Balance Sheet Mgt, Corp. Planning & Investor Relations. The event was then continued with a Press Conference, questions and answers session with the media guided by Richele Maramis as Division Head, Corporate Affairs.

According to the press release released yesterday, an increase in operating profit growth before impairment of assets is recorded at 18.8% to IDR 3.04 trillion, contributed by an increase in net interest income by 5.6% and non-interest operating income (Fee Based Income) by 24.3%.

The Bank's operational costs are well controlled so that the efficiency ratio of Operating Cost and Operating Income has improved significantly to 87.0% in December 2019, compared to 93.4% in the same period last year. The asset quality is continuously improving towards a healthy level, indicating the determined success and commitment by the management to keep improving the asset quality. The NPL gross and net ratio in December 2019 showed a significant improvement with 2.8% and 1.3% compared to those in December 2018 with 4.4% and 1.7%, with the NPL coverage ratio that can be maintained successfully with 132.8%. The improvement of NPL gross ratio is regarded as the result of restructuring non-performing credit, credit relief, credit settlement, and supported by the significant growth of good-book credit.

PermataBank successfully increased the third-party funds by 4.3% year-on-year, that is particularly contributed by the growth of current and savings account funds by 15.5% and 3.6% respectively, while the time deposit was declining by 0.6%. The Bank's CASA ratio was successfully maintained at 51% level, increasing from the similar period in the previous year at 48%. 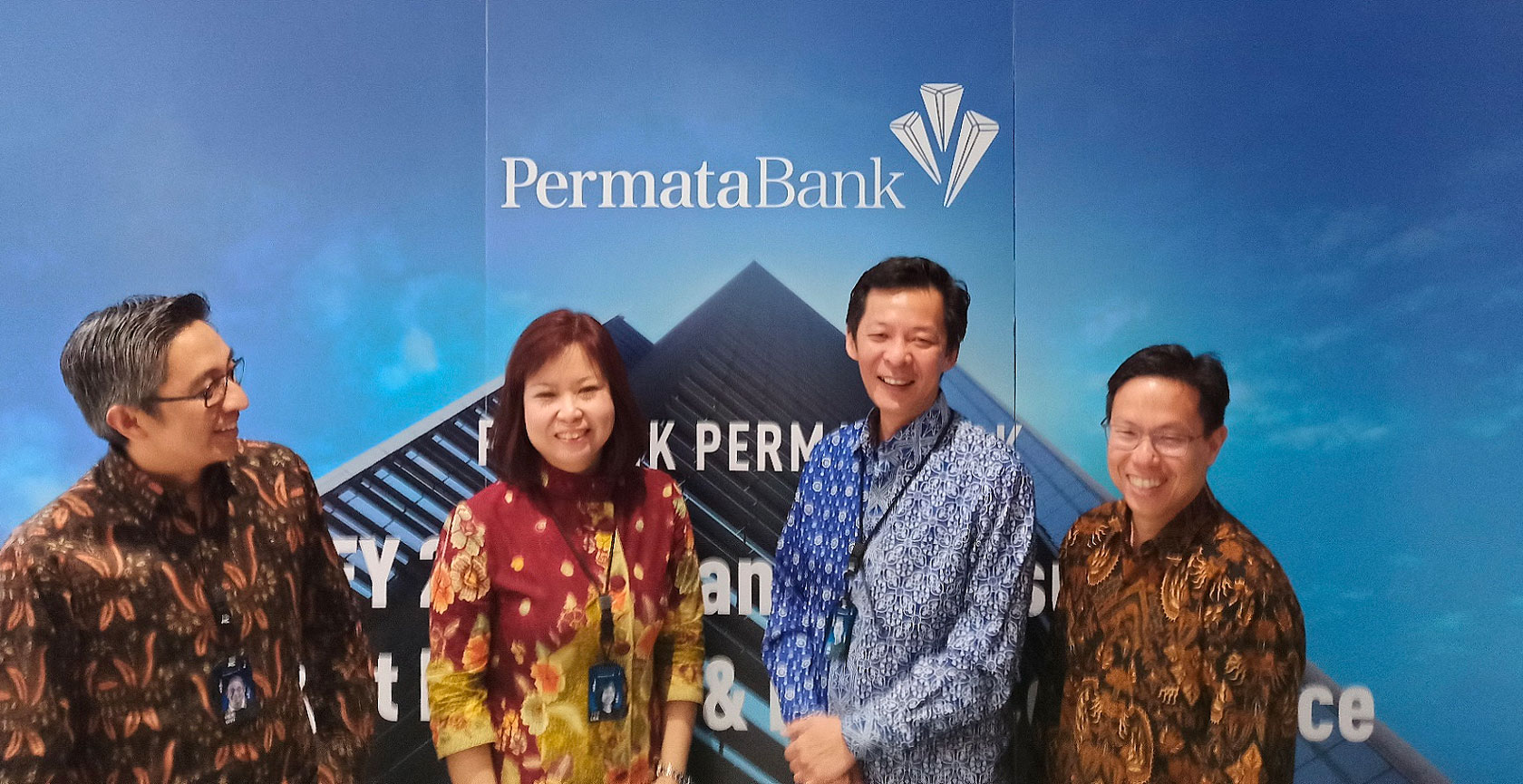 Ridha Wirakusumah as The President Director, in a Press Release, stated that 2019 was the remarkable year for the Bank, indicated by various collaboration and synergy with fintech companies by Retail Banking, partnership in Wholesale Banking business, and new initiative at Permatabank Sharia Business Unit, as well as a favorable achievement from digital banking through API Banking, PermataMobile X, PermataBank.com, and a new digital Branch Model.